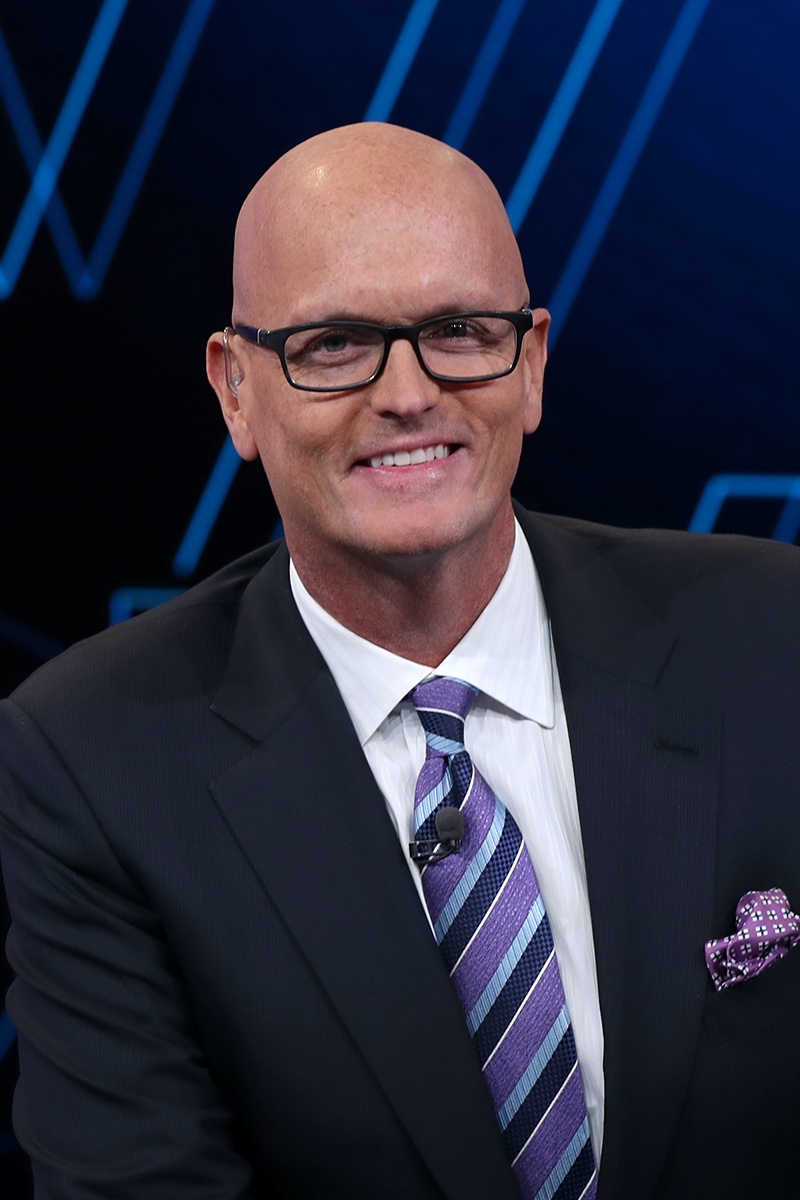 One of the most passionate, witty, and unique broadcasters, Scott Van Pelt hosts the midnight edition of SportsCenter, after nearly two decades with ESPN.

In addition, Van Pelt serves as main host of ESPN’s golf coverage, including the Masters and the PGA Championship, two of professional golf’s majors, and he hosts SportsCenter reports and specials from the events.

When he joined ESPN in early 2001 as the network’s lead professional golf reporter, he excelled and quickly became a SportsCenter anchor and a co-host on ESPN Radio of Tirico and Van Pelt each weekday afternoon.

In 2009, The Scott Van Pelt Show made its debut on ESPN Radio and in a simulcast on ESPN2. The show was re-named SVP & Russillo in October 2012 and ended in the summer of 2015 when Van Pelt was preparing for the launch of the new midnight SportsCenter. In addition, Van Pelt has contributed to the ESPN College GameDay for several years with his “Bald Man on Campus” feature.

Prior to his career at ESPN, Van Pelt worked at Golf Channel, where he was an anchor and reporter for the sport-specific network for six years. During his tenure there, he was the co-host of various studio programs including Golf Central and Leaderboard Report and occasional host of Viewer’s Forum.

Van Pelt started his career in broadcasting with WTTG-TV in Washington, D.C., in 1990.  He attended the University of Maryland and graduated in 1988 with a bachelor’s degree in radio/television and film.

In this one-on-one interview with GQ, Scott Van Pelt discusses hosting a sports show without sports and how he has managed to remain optimistic given the ever-changing landscape of live sports during the pandemic.

This Washington Times article dives into Scott Van Pelt turning one tweet into a national senior celebration and how he ultimately decided to bring his late-night SportsCenter with Scott Van Pelt back home to the D.C. area.